1.25.15 SUNDAY SALON: Starting The Bone Clocks and thinking about knees

READING: David Mitchell’s The Bone Clocks
Not far enough along to assess, except to say I am already charmed by The Bone Clocks.
It seems similar in structure to Cloud Atlas – several first-person narratives linked together over different time periods. Quirky characters involved in some human struggle. Good descriptions. Even the titles – noun pairings in which one word is substantial/natural, the other a human way to record (space/time) are similar. Big themes: Whereas Cloud Atlas wove slavery throughout its many stories, The Bone Clocks introduces the play of power.
I’m not yet feeling intensely engaged (at only about 1/3 of the way in), but if I remember correctly, Cloud Atlas also had to work on me a bit before I pieced it together and grew excited about it.
We’ll see – and I’ll report back soon.
VIEWING: Off to the movies today to see The Imitation Game.  Everyone else I know is seeing this movie and saying great things about it.

PROCRASTINATING:  Figuring out how to switch from Blogger to WordPress. I have found a few websites that give instructions, but feel the need to find a real person to sit next to me and lead me through it.

MOVEMENT EXPLORATION OF THE WEEK:  KNEES. Protecting and strengthening the knees in yoga poses – as well as in daily use. I’ve already come across contradictory suggestions, so I will have to sort out which to listen to.

LOOKING FORWARD TO: Mid-week myofascial massage to cap off my month of movement exploration.
Posted by wellwell2 at 5:11 AM 17 comments:

Knee-jerk reaction
I have been attending to how much I have efforted this week. I effort when I sit, when I stand, when I bend, when I raise my arms over my head.  I am trying hard not to effort, striving not to effort, struggling not to effort.  Efforting is a new concept for me, one introduced by some movement-conscious friends, and a few yoga teachers The idea is to move with little gripping, with ease, to move swimmingly.
It’s not working.
Old habits die hard.
Every time I hear or think efforting, my jaw clenches, my teeth grit, my knee jerks.
My editor’s mind screams: Effort’s not a verb. It’s a noun.

Liquid refreshment
Last week I swam my standard 30-minute laps –slow, easy meditative.
Then I went to an Alexander technique class and spent much of it in the constructive rest pose – maybe 30 minutes or so. I was prone/ supine  again – but after being in water, I was so much more aware of the places where my back met the mat, the weight of my flesh and bones, of the gravitas of gravity.
Oh, how I prefer floating!
Wouldn’t it be blissful to live in liquid? 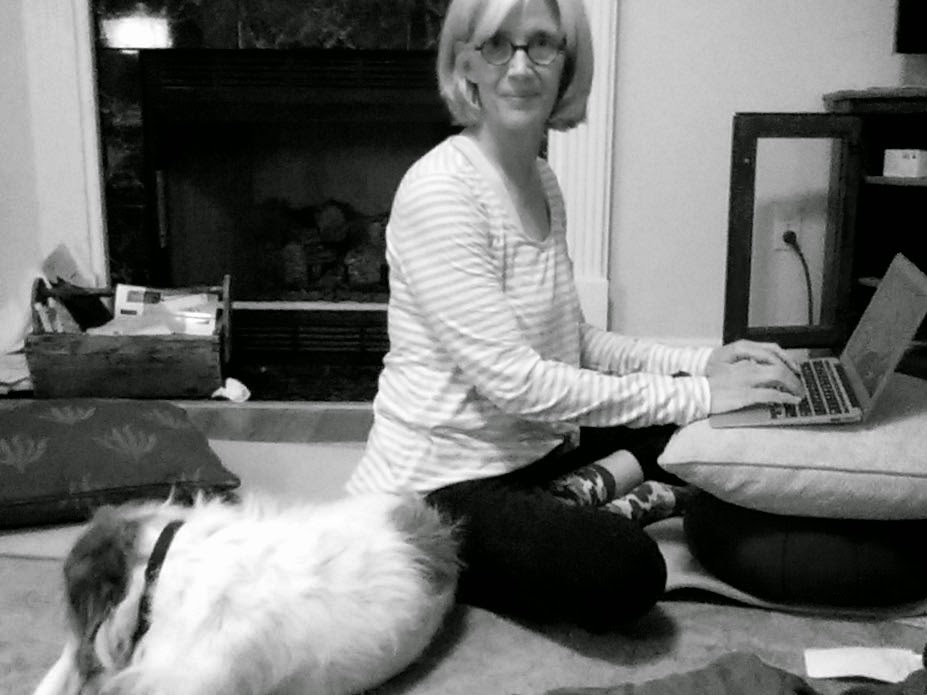 Reading this week: “Beautiful Ruins,” by Jess Walter for next week’s book club meeting. So glad my friend Nan picked this book, so that I, in turn, picked it off the shelf where it’s been for a year. Now finally open.
I’m delighted.

Both Beautiful and full of ruin, Beautiful Ruins is a modern-day tapestry woven with threads of Silver screen and Golden oldies, disappointment and desire, self-belittling and grandiose aspirations, nostalgia and harsh reality.
Warp (time warp too) is 1962, in the tiny fishing village of Porto Vergogna, Italy, – a crack in a rock-cliff coast –where Pasquale Tursi dreams Americans will discover his Hotel Adequate View. One day, one does – the somewhat beautiful, talented, but ailing, Dee Moray arrives for R & R.
Weft is modern-day Hollywood, in the production studio of the famous but fading Michael Deane, author of The Deane’s Way: How I Pitched Modern Hollywood to America and How You Can Pitch Success Into Your Life Too.
The two get threaded together when Pasquale comes in search of Moray around a half century after she leaves his hotel – starting at the best clue he has – Michael Deane’s studio. Flashes back from the has-been producer to the days when he was called in to clean up the messes during the production of the 1962 epic Cleopatra with its cast of thousands and its dazzling coupled stars, Liz Taylor and Richard Burton. Those were the days! Taylor and Burton have roles in Walter's book as well.
But most of the vivid characters that color the fabric are a collection of wannabees and has-beens; starry-eyed romantics and bleary-eyed cynics.
A few examples:
·     Deane studio development assistant Claire Silver who is considering dumping her not-so-dreamy dream job and her strip-bar, porn consuming boyfriend (also not dreamy).
·      Shane Wheeler, who, a few years after getting his MFA has already ditched the idea of writing fiction after major rejections and turned instead to Hollywood to pitch a movie.
·      Aging singer/songwriter/comedian Pat Bender who has failed more than he’s succeeded in his blended professions but is given another chance when he’s discovered by a kid half his age who’s willing to promote him for a UK tour, including a stop at Edinburgh’s Fringe Festival.
·      From earlier times
·      Alvis Bender:  Self-described “Failed writer but successful drunk” who, prior to Moray is the only noteworthy visitor to Hotel Adequate View. After seven years of drinking/writing, he completes a chapter.
·      And finally the could-have-been Dee Moray, who make such an impression on Pasquale that she changed the course of his life.
For all Walter's characters, life gets complicated by sex; for several, also by booze.
Walter, nevertheless, has a gentle humorous way with both those on the way up and those past peak --- some of whom, as in the case of the appropriately named Benders, are both.  What makes Beautiful Ruins (an almost-oxymoronic title) so amusing is that the author seems entertained and intrigued by all – whether they are in Hollywood or some tiny out the way, never-heard-of before nook of the world.
As a result, I am too.


Several years ago my husband travelled to Virginia to visit our son. Together they took a day trip to Monticello. Raving about their tour, they said, “You would love it.”
Came true: I do.
Gordon returned with souvenir seeds. Monticello packages heirloom seeds from their gardens for sale. He chose Scarlet Runner Beans or Phaseolus coccineus.  We planted. They grew. Vines rose and curled their way around our mailbox pole.  Delicate red blossoms hung like dainty dance slippers. We admired.
But soon we forgot about seeds, plants, blooms all, and lived and worked our way through a few more years, more Maine winters. Yet, a seed of an idea lay dormant.
Then one day an overload of snow and ice spoke to us. It said: MOVE.
We narrowed down areas: South. Virginia. Charlottesville.
Our choice, like a dormant seed waking up, seemed part governed by reason – or nature, part by chance.
We have been living less than 20 miles from Monticello for five years now.
We live amid grazing deer, so we surrounded our garden with a 12-foot chain-link fence. The metal clashes with its woodsy setting, but keeps deer out. To dress up its industrial ugliness, I planted Scarlet Runner Beans along the protected side of the fence. In summer red blossoms drape its top, casually flowing in the lazy Southern heat. Hummingbirds dip into flowers' throats seeking nectar.
This fall I collected an abundance of pods.  Too many for me to replant. They will keep for some time, but as with most seeds – ideas included – the longer they stay dormant, the less chance they have of growing to fruition someday.


Nevertheless, I shared my wealth of beans, giving them away so others might sow seeds – or leave them dormant to unexpectedly turn up – as we did--  in distant climes, other times.
Posted by wellwell2 at 1:45 PM 2 comments: