Sunday at the Beach with Dogs/Sunday Salon 2.8.15 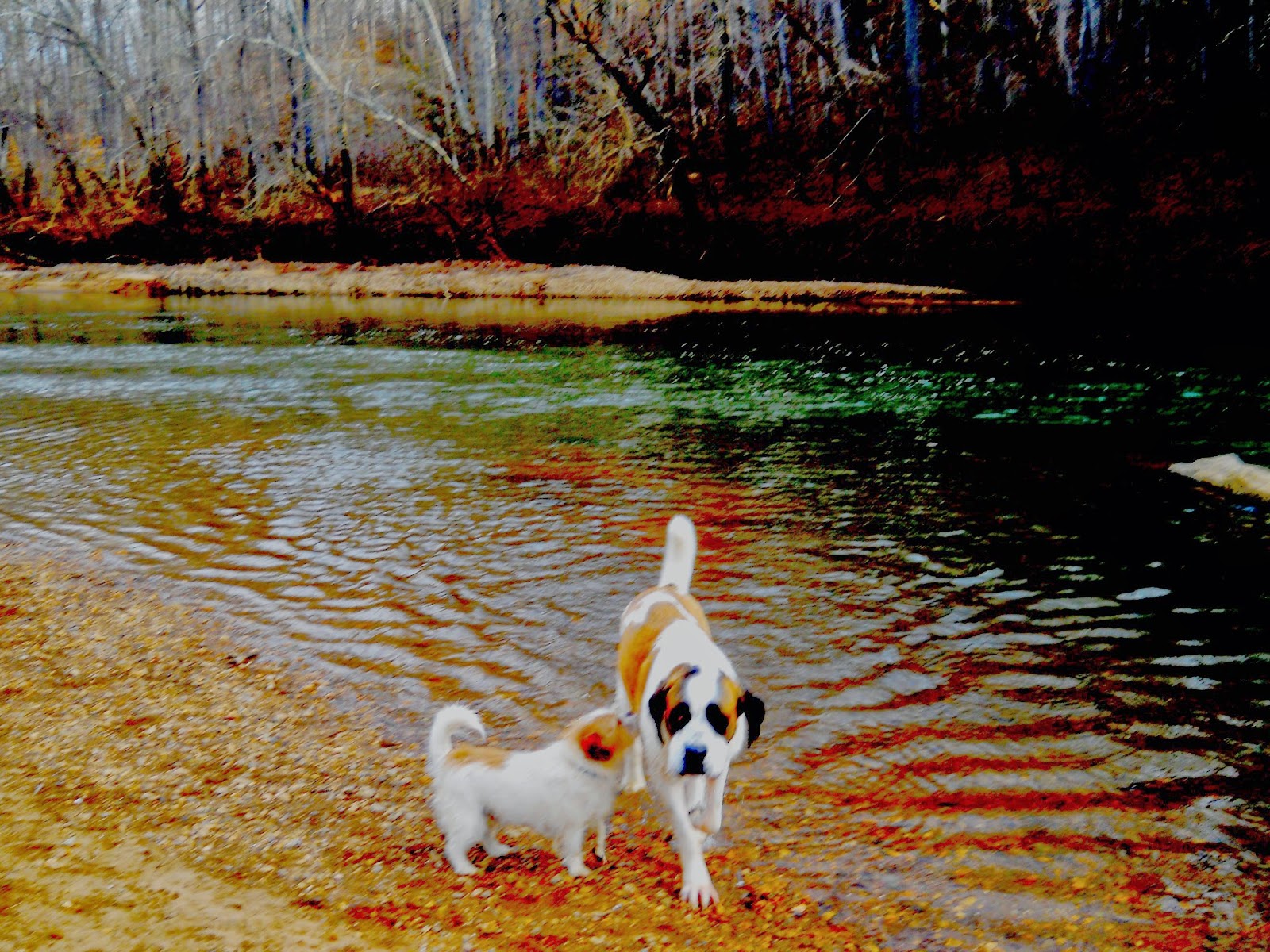 MORNING ACTIVITY--  SUNDAY AT THE BEACH WITH DOGS:  Riley, our part- Shitzu/part-Jack Russell terrier thinks Dezi, a Saint Bernard, is the perfect playmate. Dezi’s not so sure.  Our visit to the river was followed by a bath to get rid of the  dog-poo perfume Riley picked up on the way home.
READING:  Last 50 pages of The Bone Clocks. Feeling: simultaneously dazzled and dulled by the spectacles virtuoso writer David Mitchell creates. While I’m trying to sort the plot and characters, I’m distracted, somewhat like a parent whose highly gifted child keeps saying: “Watch, watch me. See what I can do.”

Mitchell writes across cultures, time periods and genres. His knowledge of geography, world history and out of the way places is awe-inspiring. His structure may seem simple – 6 stories in different places, times, genres all featuring some part of the life of Holly Sykes, but it’s full of intricate laced loops. There’s music mentioned as appropriate background noise, places visited and revisited, comments or events that interrupt and then get explained later  -- sometimes much later  --and characters that intertwine and reappear within the six stories  and beyond into Mitchell’s previous books such as  Black Swan Green and The Thousand Autumns of Jacob DeZoet.  (More on this once I finish.)

LISTENING TO: S.C. Gwynne’s Rebel Yell, a biography of Stonewall Jackson. I suspect this book will be part of my life for quite some time as the listening is a shared project with my husband, Gordon. We only knock off about 30 minutes at a time.  Gordon has lately taken an interest in Stonewall, a man whose quirky character and military acumen made him both legendary and fascinating.
In these parts, he’s so legendary that when I recently went to the library to return a book, I found it closed in celebration of Lee Jackson Day. Virginia celebrates these two Confederate heroes close to Lee’s birthday on the Friday before Martin Luther King Day. It’s not a big deal—schools and banks are open, but some state, country and city offices are closed.
Deal or not, in nearby Charlottesville those closures and that day of celebration are currently the subject of passionate debate at City Council meetings.  You might imagine what the two sides have to say.
Coincidentally Rebel Yell begins with a scene in Charlottesville, hooking me in with newfound familiarity. Some takes plays in not-too-faraway Lexington where Jackson was a professor at Virginia Military Academy.  And then so much plays out in nearby battlefields.
I’m gaining insight into Jackson, the soldier and religious zealot, so calm in battle that many marveled at his serenity. He believed he was doing God’s work and only God could determine the moment of his death, so faith overcame fear.
I’m gaining insight too, into Virginia and for a child or New England, one of those insights is that average non-slave holding Virginian soldier fought not over state’s rights or slavery but because their home state was invaded. As one captured Southerner put it to his Northern capturer: “I’m fighting because you’re here.” Makes new sense to me.